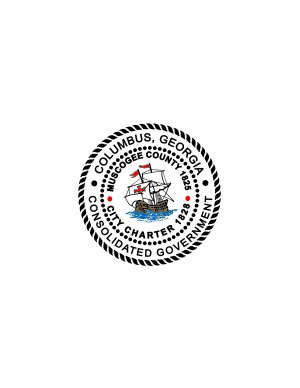 Bob was born in The Bronx, New York, to the late Commander and Mrs. Stephen Alexander Poydasheff. He made Columbus his home early in his military career, having both his children born in Columbus. Upon his retirement from the Army, he chose Columbus as his permanent home and the home of his family.

Robert S. Poydasheff graduated from The Citadel in 1954 with a BA in Political Science. He received the degree of Juris Doctor from Tulane University in 1957 and his Masters in International Relations from Boston College. In addition, he was sent to the Army War College during his military career.  He began his military career as an Infantry officer before transferring to the Judge Advocate General Corps. He was a parachutist and served a combat tour in Vietnam. As a JAG, he prominently figured in the trials of high-ranking officers involved in the My Lai incident. He also served as Legal Counsel to the Secretary of the Army, Bo Calloway. He was elected to the Ranger Hall of Fame for his service to the Army Rangers and his dedication to the United States Army.

Bob served Columbus and its citizens in many capacities. He was Mayor of Columbus, a former City Councilor, a retired Army colonel serving as the SJA of Fort Benning, a college professor, a Senior Vice President of SunTrust Bank and a respected attorney with a busy law practice until his death. He was active in many of the organizations that enhanced the quality of life in the Columbus community, sitting on numerous boards, such as, Westville, the Springer Opera House, the Columbus Symphony, The National Infantry Museum, CSU Athletic Board and many others. He was well-known for his outgoing personality, his sense of humor, his love of life, and his love and commitment to his family, friends, country, community and The Citadel. He was known as Bob, Uncle Bob, Mayor, Colonel, Dad, and Papou.

In addition to his parents, he was preceded in death by his daughter, Catherine Poydasheff Ross.

Survivors include his beloved wife, Stacy, of 66 years, his son, Robert Stephen Poydasheff, Jr. and his wife, Meg; his sister Manya Poydasheff Khan of Greenport, NY; five grandchildren -- Jennings Johnston and her husband David, Alexander Ross, Remington Hutson and her husband Richard, Delaney Poydasheff, Stephen Poydasheff; two great grandchildren – Colton Johnston and Rhett Johnston. He is also survived by Johnnie Shipley his long time administrative assistant  for 29 years, whom he loved and respected.
The family asks that in lieu of flowers contributions in memory of Mayor Poydasheff be made to any organization of the Arts of your choice.

Those who wish may sign the online guest registry at www.mcmullenfuneralhome.com

To send flowers to the family or plant a tree in memory of Colonel Rt. and Former Mayor Robert "Bob Poydasheff, Sr., please visit our floral store.