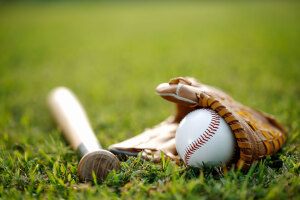 A memorial service will be held at 4:00 PM Wednesday, July 14, 2021 in the Chapel of McMullen Funeral Home and Crematory with Rev. Adam Churchwell officiating. The family will receive friends following the service at the funeral home 3874 Gentian Blvd. Columbus, GA 31907.

Mark was born December 9, 1962 in Columbus, GA son of Joni Ressmeyer and the late Dr. “Bob” Robert Ressmeyer. He was self employed as a sales representative and coached Little League Baseball as Pierce grew up. Mark played football and baseball at Hardaway High School and football at Auburn University from ’81 to ’84 where they won the SEC Championship and Sugar Bowl in ’83. He was a proud supporter of the many teams Pierce played for over the years from coaching The American Little League Tigers to being his #1 fan with the UAB Blazers. Mark was a passionate member of The Auburn family alumni where he never missed a game. He took pride in instilling the art of sports into many children in the tri-city area. Mark inherited the love for being in the kitchen and cooking for family and friends as a true Ressmeyer chef. He loved to watch his son play baseball, hunt, cook and to spendtime with his family and friends.

To send flowers to the family or plant a tree in memory of Mark Jon Ressmeyer, please visit our floral store.